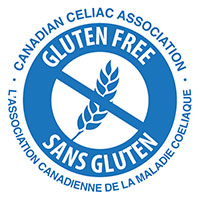 Last month, several incidents made national headlines, driving home the hidden dangers in the food supply and the harmful effects of gluten on persons with celiac disease and gluten sensitivity.

One came out of Utah, Arizona. A federal lawsuit has been brought against a local politician who, according to the claimant, Tim Lawson, delayed funding that would have established regulations for gluten-free thresholds and labelling in the U.S.

“We have a life-threatening autoimmune illness that affects (more than) nine million people (in the U.S.), but legislators could care less,” Lawson, who is dying from complications of celiac disease, told The Salt Lake Tribune.

Celiac disease is a serious and potentially fatal condition where the surface of the small intestine that absorbs nutrients from food is damaged by harmful gluten, which is found in wheat, rye, barley, oats and triticale.

Canada, on the other hand, should take pride in the fact that it recently enhanced its food labelling regulations. As of Aug. 4, food manufacturers must disclose gluten sources in pre-packaged foods and better clarify the definition of “gluten-free.” The main differences between the existing and new regulations are the disclosure requirements regarding gluten sources and that harmful protein components are the focus of the new definition of “gluten.”