Super-Shedders: How Big of an Impact Can one Animal Have on Food Safety?

Ruminants, such as cattle, are a major reservoir for Escherichia coli O157:H7 which causes bloody diarrhoea and potentially fatal kidney failure in humans. Although the pathogens are harmless in cattle, these animals release (shed) the pathogens into the environment through their feces. The resulting contamination of manure, soil and ground water leads to transmission to other animals and humans.

The first attempts to examine transmission of E. coli between cattle perplexed researchers. Using data on the number of bacteria shed in the faeces across multiple farms, the mathematical models developed only seemed to work when it was assumed that a few select cattle had much higher transmission rates than others. Subsequent studies revealed that of cattle testing positive for E. coli, 75% of them shed less than 100 bacteria per gram of faeces. In sharp contrast, certain individual animals were found to shed up to 10 million. To add insult to injury, these individual animals, now know as super-shedders, shed bacteria for an extended period of time. Although super-shedders make up less than 10% of the cattle population, they are responsible for 80-96% of bacteria shed into the environment.

Super-shedders pose a huge risk to food safety and human health. Super-shedders are associated with increased spreading of bacteria to other cattle on the farm, during transport, slaughter and processing. In addition, the elevated release of bacteria into the environment poses a higher risk of direct human contact. It is a strongly held belief that the ability to identify and remove super-shedders from a population may significantly reduce transmission and contamination with E. coli O157:H7. 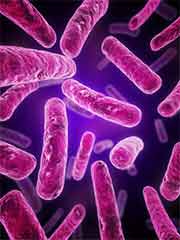 - Previous article « Genome Sequencing: Evolving Science Could Increase Spotlight on Your Products
Next article - The Good, the Bad, and The Ugly on Microorganisms »