Epidemiology is the study of disease in a population. In terms of food safety, epidemiology is used by industry, academia and government agencies to study the patterns of outbreaks among the populace and identify risk factors (e.g. the emergence of antibiotic-resistance, the prevalence of particularly virulent strains, certain regions or products that are repeat offenders etc).

In addition to pooling information about human cases, epidemiology can also be applied to the bacteria itself. Advanced testing allows us to characterize bacteria on a variety of levels, from the general species (E. coli) to the specific strain (E. coli O157:H7). In addition, each strain of E. coli O157 can be further characterized, to distinguish one strain from another and determine whether multiple strains implicated in illness are from a common source. These details create a picture of risk – epidemiology seeks to map this risk as well as track sources and patterns of outbreaks.

In the reactive sense, epidemiology is used to trace the source of the pathogen after a problem has been identified and a recall issued, by tracking its movements throughout the food supply (the vehicles), and working backwards to determine a source. Ultimately the goal is to determine the fateful errors that resulted in contamination one by one, eventually pinpointing the root-cause.

In the proactive sense, data collected from epidemiology provides a picture of risk: what products are commonly affected? What populations are commonly affected? Are there trends, patterns of outbreaks? How can we change our system to lessen these risks? Because so much of these questions can only be answered by looking at the ‘big picture’, collaboration is an extremely important facet of food safety epidemiology.

There are a number of collaborative initiatives that use food safety epidemiology to looks at patterns of outbreaks and trends in contamination and disease. Using a number of techniques, this information is collected, pooled, and analyzed. For instance, the Public Health Agency of Canada runs epidemiological studies including a program called C-EnterNET, which tracks movements and changes among numerous organisms in the environment that can have an impact on public health – for instance the impact of public waste disposal infrastructure on pathogen levels in waterways.

The goal of epidemiology and programs such as these is to determine the burden of food borne illness nationally, monitor trends in the population over time, identify the riskiest foods and settings, and also disseminate information that can lead to system improvements for managing and preventing food borne illness. 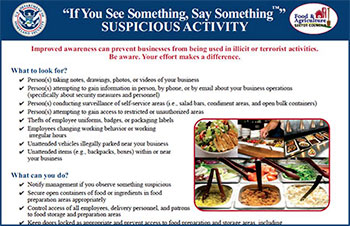